The relationship between human beings, robots, and artificial intelligence is becoming increasingly complicated.

Simultaneously, this poses a compelling question: what are human beings and what is intelligence? Can people and machines have emotional connections? Do machines extend human functions? In addition, do researchers’ responsibilities and technological innovation differ among countries?

At an event held on May 12, 2018, French, Russian, and Japanese researchers introduced research trends on the relationship between people and machines with various examples.

As an opening remark, Arisa Ema, from the University of Tokyo, stated that this event was international (France, Russia, and Japan), interdisciplinary (fields ranging from philosophy to technology), and interactive (between human beings and machines, technology, and society). 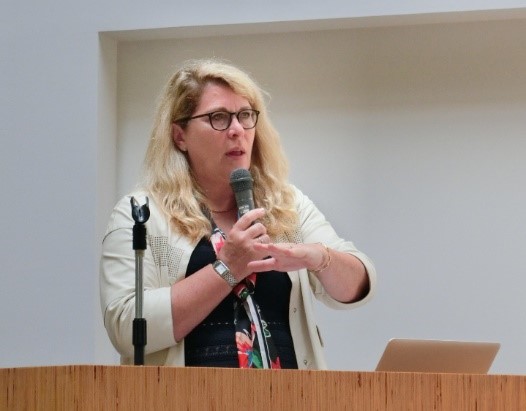 The first speaker, Prof. Laurence Devillers from Sorbonne University gave a lecture titled “Affective and Social Dimensions in Spoken Interaction: Technological and Ethical Issues.” Prof. Devillers, whose background is on machine learning and speech recognition, indicated the importance of “emotional interaction” between humans and machines in the field of elderly care, and introduced studies on systems and devices that recognize, interpret, process, and simulate human influence. Meanwhile, research on emotions is accompanied by social and ethical challenges of inducing and manipulating human behavior. Therefore, Prof. Devillers leads the IEEE Standardization Working Group “Standard for Ethically Driven Nudging for Robotic, Intelligent and Autonomous Systems” (IEEE-SA P7008 WG), discussing the difference between ethical nudging and aggressive nudging, and the kind of transparency and traceability required in building nudging systems. 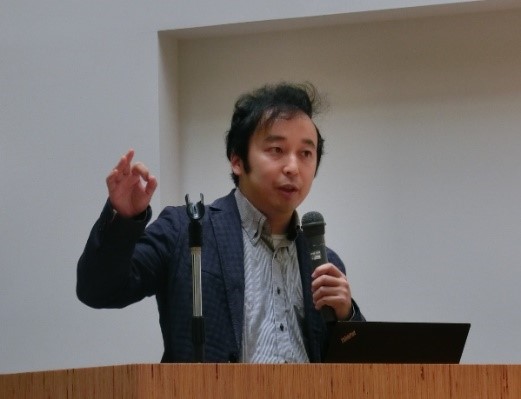 Assistant Professor Hirotaka Osawa from the University of Tsukuba gave a lecture titled “Human-Agent Interaction as Substitution of Emotional Labor.” Human-Agent interaction is a research field that investigates human reactions toward agents and designs the relationship between human beings and machines. For example, some research reveals that an agent via two users can elicit users’ feelings of jealousy. This research suggests that the agent system can influence relationship between humans. On the contrary, he also displays a research that reduces human beings’ emotional labor by human-agent interaction technology. In addition, Prof. Osawa introduced the “AI Wolf project” that makes agents deceive players in a werewolf/mafia game. He indicated that these studies on deceiving machines should proceed by considering the social norms of our society. 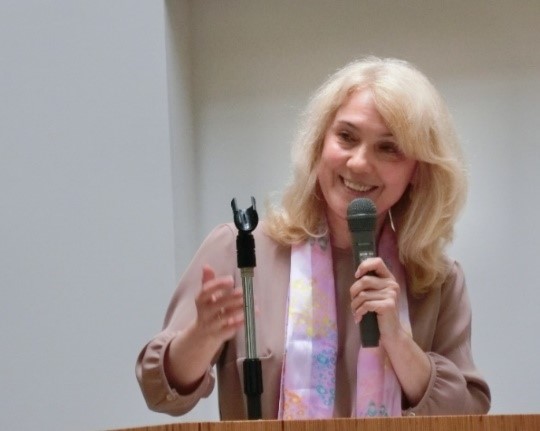 Next, Elena Seredkina, a professor at Perm Polytechnic University reported the results of a questionnaire survey that was conducted in Russia. In the questionnaire survey, which was based on a survey conducted by the research group AIR in Japan, various stakeholder groups (engineers, humanities and social science researchers, master students, science fiction writers etc.) were asked “to what extent would you rely on machines doing tasks” such as driving a car or nursing care. Comparative analysis of Japanese and Russian results indicates that both countries have similar trends despite specific national features. For example, social norms that support family members taking care of the elderly is ingrained in Russia. Cultural context is also important. Russian society in the field of shaping technology policy is split into two sides: post-soviet technological enthusiasm is faced with implicit technophobia from Orthodox Christians and Elderly people. 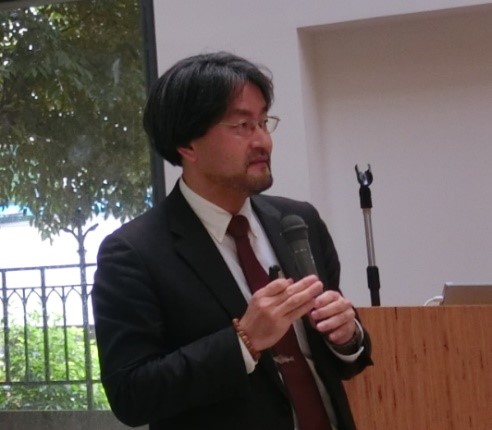 Finally, in his lecture titled “What is Body-Conservatism,” Kojiro Honda, Associate Professor at Kanazawa Medical University presented the fundamental question, “Why do human beings pursue humanoid robots?” Currently, humanoid robots that imitate human body functions are embedded as a substitute for human organs. “Transhumanism Declaration” claims to accelerate human evolution in this way. Transhumanists would insist that people should respect their own right of “Morphological Freedom” that is a freedom from interference from others on freely modifying their own bodies. Contrary to this claim, Prof. Honda advocated the position of “body-conservatism” that restricts excessive body remodeling. As one of the foundations to this position, he considers that body remodeling not only enhances our body functions but also raises concerns that the world could be divided because people cannot share the same worldview before and after remodeling.

In closing, Prof. Hideaki Shiroyama of the University of Tokyo highlighted the importance of considering not only the “appropriate distance between humans and machines” but also the “appropriate distance between humans and humans.” This event discussed how machines intervene in relationships between humans, and how ethical, social, and cultural aspects are important while considering technology design. To expand the discussion, continuous international and interdisciplinary deliberations are essential.