Science and Technology Policy and Global Research Universities in Singapore: Implications for Japan 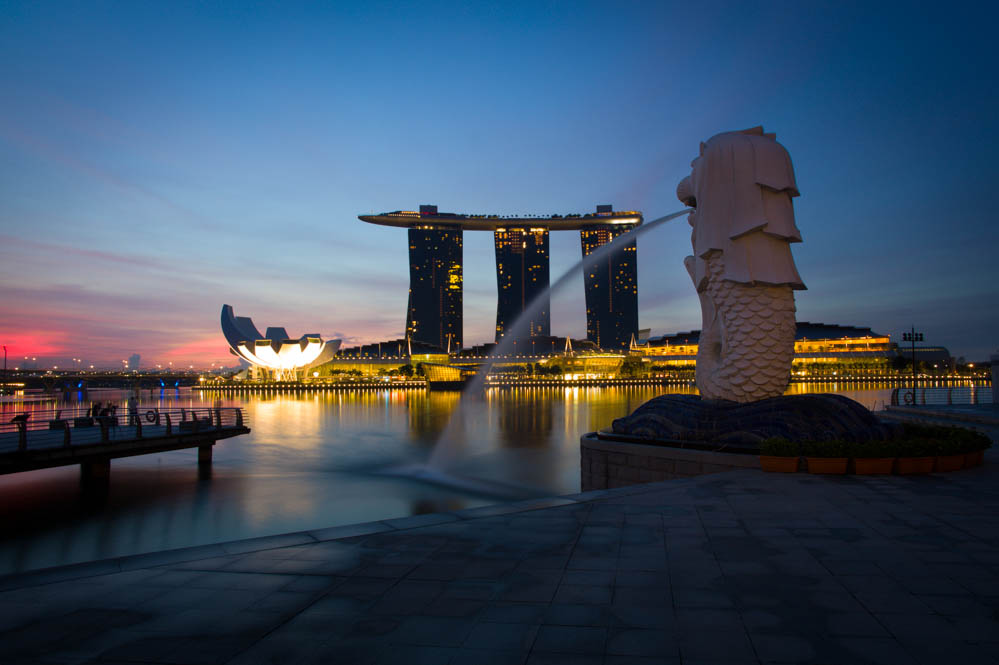 This policy recommendation is a summary of the report for Special Research Promotion Fund (Project #25900001), MEXT Grants-in-Aid for Scientific Research. Click the pdf icon to read the full text.

Academic research is fundamental to maintaining the dignity of a country. As a source of such science and technology and a driver of basic science, the universities are playing an ever increasing, important role. With this perspective in mind, countries around the world are expanding public investments in universities and basic science as part of their national strategy. Japan, on the other hand, has seen a decline in public investments in universities, resulting in the lowest level among Organization for Economic Cooperation and Development (OECD) countries. A further decrease would devastate the foundation of science and technology leadership of Japan, and might lead to a loss of academic culture. Universities are a locus of human resources development, and degrading the soil of academia would endanger the future of the next generation in Japan. Universities, as providers of higher education and academic research, are sources of economic growth. And yet, it is imperative to have good policies and institutions in place to enjoy the fruits of their outputs. Japan had seen a strong correlation between the higher education investment and economic growth until the 1990’s, but since then, the relationship has degraded, in spite of the strengthening of industrial collaboration and the increase in competitive funds.

Singapore, in contrast, has experienced a rapid economic growth, doubling its per-capita GDP to more than 50,000 dollars in 10 years since the beginning of the 21st century. This small country, which became independent only in 1965 and is not endowed with any significant natural resources, now enjoys the living standard that exceeds that of the United Kingdom, its former colonial master, joining the ranks of developed economies. Singapore excels in international competitiveness rankings, almost always surpassing the rank of Japan. (Singapore ranked 2nd in the WEF ranking and 5th in the IMD one, while Japan ranked 10th and 24th, respectively.) Underlying this performance may be the close link between Singapore’s policy on science, technology, and university policies and industrial policy. A closer look at the inner working of their policies would benefit the planning of science, technology, and university policies in Japan.

A myriad of reports have been authored on the policy cases of foreign countries with respect to academic, university, and education policies, but many of them were concerned with the Western states. In recent years there has been an interest in Korea’s and China’s policies. And yet scant attention has been paid to Singapore, and the understanding of its policy is greatly limited. Our motivation here is to investigate how Singapore, a country without natural resources and low-cost labor, transitioned to a knowledge economy in a short timeframe, and to learn from their lessons.

The actors in Singapore’s science and technology policy share a clear vision. Singapore’s national credo is the nation’s stability and economic growth because of its limited resources and geopolitical situation. This also applies to areas such as science and technology policy, which is built on such a belief, resulting a widely shared vision among the rank and file of funding agencies, universities, and related organizations. On the other hand, each of public agencies and universities is endowed with strong autonomy, resulting in a diverse set of policy planning processes and implementations.

Many in Japan have called for the centralization of policy planning at the Cabinet Office and the Council for Science, Technology, and Innovation, but it is unclear whether such integration would yield promised benefits. In Singapore, the senior management executive revolve around the prime minister’s office, ministries, and government-related organizations, forming a tight policy network. This in turn leads to a strong, shared vision with multiple policy implementation layers. What is really needed in Japan is perhaps not the centralization but the shared understanding of the objective of science and technology policy, both at the working and management levels.

A number of science, technology, and university initiatives in Singapore are intended to accelerate the process of catching up with the leading countries like the United States. In implementing such initiatives, Singapore has been eagerly introducing best practices, as if they are copying the foreign models sometimes.

Singapore, for instance, invited many top-notch researchers from abroad when entering the biomedical field. The recruitment was motivated by the advice given by a famous foreign researcher. The tenure and promotion system used in Singapore closely resembles that of the United States, with the evaluation system and salaries matching the US level. Even the management practice is modeled on the US universities. The National University of Singapore, for instance, has received a consulting service from the Stanford University, emulating their consolidated budget to improve the transparency of finance.

Singapore has likely paid significant consulting fees to external agents, which was only enabled by the strong economic growth in recent years. Still, the humble attitude of Singapore to learn from foreign best practices could be something Japan should also aspire to.

Recommendation 3: Researcher mobility and resources and autonomy of universities that enable

Such generous compensations are possible due to the large financial investments in research and development backed by strong economic growth. But that is not the sole reason. In the mid-2000’s, the universities in Singapore were incorporated and given a high degree of autonomy. They will soon establish US-like university endowments that seek high returns. The statutory bodies and boards such as the Economic Development Board (EDB) and the Agency for Science, Technology, and Research (A*STAR), along with universities, are endowed with wide-ranging financial authority and autonomy, including rights to various kinds of asset investments.

In contrast, the research agencies and national universities in Japan face very strict limits to their financial operation, and are banned de facto from investing in risky assets or real estates.

Such regulations are justified to some extent on the ground that national universities should not dominate over private institutions. It is, nevertheless, desirable to expand the financial autonomy of research organizations and national universities to attract foreign talents in light of the difficult situation of Japan’s public finance.

In addition to its shared vision, Singapore has numerous policies in place for industry-academia collaboration. The leading science and technology organization, the Agency for Science, Technology, and Research (A*STAR) is not under an equivalent of the Ministry of Science and Technology. It rather reports to the Ministry of Trade and Industry. Moreover, numerous researchers at A*STAR have joint affiliation with universities. Japan can also use such joint affiliation schemes more widely, building on already-started cross-(or split-) appointment schemes.

Singapore has achieved a great success in its stride toward a knowledge economy, and yet its path was not without failures. But Singapore is very fast at readjustment, by opening an ad hoc committee and rapidly making corrections. This doctrine is termed strategic pragmatism. The administration, in spite of its long-term continuity, makes a number of frequent changes in policy directions. Since the enactment of the Science and Technology Basic Law, Japan has introduced many policies. Some of them were really successful while others were not. We could learn from the strategic pragmatism practiced in Singapore by making necessary adjustments.

This research project could not have been completed without assistance of many individuals. This report greatly benefited from our visit to the relevant institutions in Singapore from March 11-13, 2014, and the joint workshop entitled “National Science and Technology Planning and the Role of Research Universities” that took place on January 26-27, 2015, at the NUS. Thanks to the help of our friends and colleagues, the visit and workshop allowed us to absorb a large volume of information efficiently in a short period of time. The space precludes us from listing all the individuals we wish to thank, but we owe a great deal particularly to the following individuals, during our visit in 2014. Based on his long public service, Dr. Tan Chin Nam shared deep insights into public policy of Singapore with us. Prof. Low Teck Seng (CEO, National Research Foundation) and Mr. Lim Chuan Poh (Chairman, Agency for Science, Technology and Research) gave us valuable perspectives on science and technology policy. Prof. Tan Chorh Chuan (President, NUS), Prof. Barry Halliwell (Deputy President, NUS), and Prof. Kishore Mahbubani (Dean, Lee Kuan Yew School of Public Policy, NUS) provided us candid opinions from a university perspective. Mr. Gian Yi-Hsen (Economic Development Board) gave us very useful comments on the relationship between industrial policy and science and technology policy. Prof. Tan Chorh Chuan and Prof. Barry Halliwell also gave us a helpful hand in organizing the January 2015 workshop. We hereby express our sincere gratitude.