Privacy Protection, GDPR and Free Trade: An Appraisal of the EU-Japan Relations

In May 2018, General Data Protection Regulation (GDPR) is due to come into force. By GDPR, how will privacy protection and free trade between EU and Japan change? We invite Prof. Vigjilenca Abazi, an Emile Nöel Fellow at NYU School of Law and Assistant Professor of European law at Maastricht University, the Netherlands to understand implications for data privacy and free trade.

Negotiations for the world's largest free trade agreement were recently concluded by Japan and the European Union. As of March 2018, Japan is also a signatory of the Comprehensive and Progressive Agreement for Trans-Pacific Partnership (CPTPP), joining 11 countries after the US withdrew from the original Trans-Pacific Partnership (TPP). These trade agreements aim to mark a `new era' in cooperation and have a global impact through trade partnerships. Yet, another key aspect of these agreements, although somewhat hidden from public view and debate, is the role of free data flows and data privacy. On the European side, in January 2018 the European Commission announced that it would endorse provisions for data flows and data protection in EU trade agreements. Furthermore, as of 25 May 2018, the General Data Protection Regulation (GDPR) will enter into force in the EU, having direct implications for businesses globally, including Japan. The EU and Japan, in a joint statement, stressed the importance of ensuring a high level of data privacy, acknowledging it as a fundamental right and as a central factor of consumer trust in the digital economy. Experts have argued that the EU would use the GDPR as a condition for free data flows, which would in turn imply complementing the existing adequacy assessment procedures and promoting the GDPR as the global standard. Hence, questions arise as to whether these legal regimes collide and what are the implications for the EU-Japan partnership? Will European privacy rules indeed dominate and is the economic partnership with Japan a first step towards a larger trend in this direction? This lecture addresses these issues and questions with the focus on the EU-Japan relations, particularly through the lens of data privacy and implications for free trade. Mapping the recent developments, the applicable legal regimes as well as noting the key features of the GDPR, the lecture aims to provide an understanding of the issues and dynamics at stake relevant both for privacy and free trade in the EU and Japan relations. 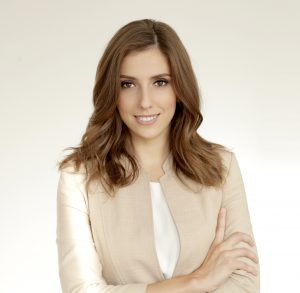 Vigjilenca Abazi is an Emile Nöel Fellow at NYU School of Law and Assistant Professor of European law at Maastricht University, the Netherlands. Dr Abazi obtained her PhD degree at University of Amsterdam and was a Fulbright Scholar at Columbia Law School. She has written extensively on issues of secrecy, whistleblower protection and privacy in the European context, including a monograph published by Oxford University Press (forthcoming, 2018). On issues of whistleblower and privacy protection, Vigjilenca has advised European Union institutions and the Council of Europe, including drafting a legislative bill on protecting whistleblowers in the European Union. She is a Board member in many leading European academic journals and has more than twenty scientific publications. Upon invitation, Dr Abazi has given numerous lectures including at Harvard Law School, Oxford University, and Columbia University. She has also been invited to present her research at the European Parliament and the Dutch Parliament.